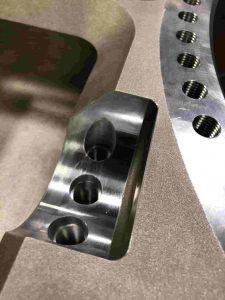 Special engineering or research project? Headed to space, or 10,000 leagues under the sea? At Cheetah Precision, we understand the specific nature of first-run machined parts that absolutely must be made to the most exacting specifications. Our capabilities make us a favorite of many Universities, the Government and Private Entities. Send us your parts, we can help make them a reality!

One of the most important roles that any precision parts manufacturer like us takes on is prototyping. It’s so important in manufacturing that it has become an industry within itself. No business that manufactures a product that is formed by putting together several component parts can complete that process without first going through a prototype parts creation phase.

A competent prototyping process also ensures that finished products will be quality made. Companies like ours take great pride in making precision prototype parts that conform to even the most rigorous standards and once approved can be exactly duplicated for future small or large production runs.

When complex products such as automobiles and passenger jets are put together all of their parts must fit just right. This is especially true for key components such as engines, shafts, gears, and other parts that interact with each other in a very specific and precise way. In its simplest form, prototype parts help to create an early iteration of a finished product. The product can then be tested for functionality and practicality. It also enables feedback to be given on an early run finished product that will help to improve upon its original design.

Phases in the Prototyping Process

Here are the three steps typically used in the prototype manufacturing process.

This includes such things as a manufacturer sending conceptual drawings and exact specs & requirements to the company that will do their prototype part creation for them. When this phase is complete, the prototype part development team should fully understand the who, what, and why of the precision prototype part they are about to create.

Once the communication and design process is complete, the precision parts manufacturer will go about fabricating the new prototype part. These days prototype manufacturers use sophisticated CNC machines to do this phase of the precision part prototyping task. They are machines that enable manufacturers such as us to fabricate prototype parts that strictly conform to the guidelines and specifications that were established in the communication and design phase of the project. 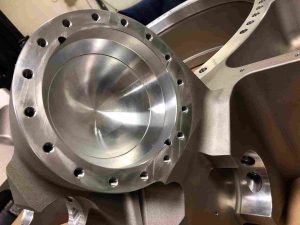 Once the prototype part has been accepted, it can then be requested to be made in larger lots from that prototype part’s manufacturer or the company that produced the part will help the product manufacturer set up the equipment that it takes to produce larger runs of the approved prototype part at their facility.

Why is Prototyping Important?

Where are several reasons why proper precision part prototyping is so paramount when building any product that has component parts. The first is the money it saves by producing early testing and the subsequent feedback from this. These cost savings are made possible because prototyping eliminates problems before a product is produced in large quantities.

A product once assembled from its prototype part components can also be rigidly tested to make sure it’s safe and to validate it works exactly as intended. It can also be tested with real users to identify changes that need to be made before the product goes into production.

With the advent of CNC machines, the prototyping process can be completed in much less time than ever before. Many times, it’s only a few days or weeks before a finished prototype part is sent to the requesting product manufacturer for testing. This also means a much shorter time from conception to the completion of finished products. Also adding in the rapid prototyping process is CAD and CAM programs.

These even allow for scale models to be built to cut fabrication costs and make assembling products for testing much easier to do. 3D printing and advanced lasers are also helping precision parts manufacturers make prototype parts faster than ever before.

Cheetah Precision has over 40 years of precision machining experience and is considered an expert in the prototyping industry. If you’re searching for a professional prototype engineer and need to get a project done efficiently, then we are the company you need to call. Contact us at 651-633-4566 for inquiries!

We are the Experts

Cheetah Precision is a specialized full-service manufacturer of precision machined parts with core competencies in CNC Milling and CNC Turning for small and large quantities and prototype parts.